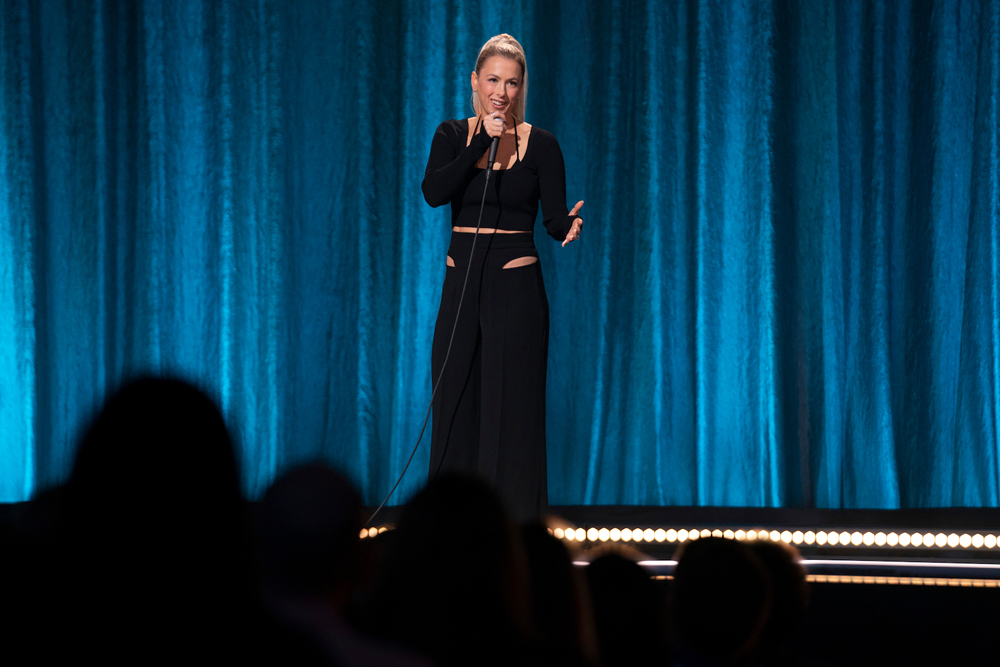 In the Avalon-produced special, filmed in July at the Connor Playhouse in Cleveland, Shlesinger touches on “topics ranging from every girl’s ugly bra to how all adult men need to own a box spring,” according to Netflix.

In addition to her comedy specials, Shlesinger previously co-starred opposite Mark Wahlberg in Spenser Confidential, produced and starred in The Iliza Shlesinger Sketch Show, and had a supporting role in Netflix’s Pieces of a Woman. In the midst of the pandemic, she and her husband, chef and nominated James Beard Award author Noah Galuten, launched Don’t Panic Pantry, a daily social media cooking show.

Other past credits include Truth & Iliza, a limited-run talk show she hosted on Freeform; and Forever 31, a series she created and starred in for ABC Digital.

Shlesinger’s second book, All Things Aside, is set for release on October 11.